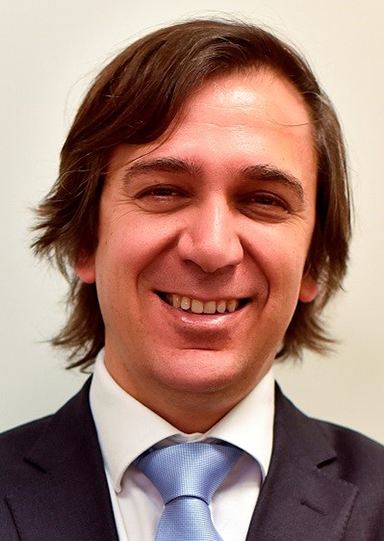 Head of the WHO European Office for the Prevention and Control of Noncommunicable Diseases based in Moscow, Russian Federation & Programme Manager Nutrition, Physical Activity and Obesity

Dr. João Breda is the Head of the NCD Office in Moscow, Russian Federation. This office leads WHO work on strengthening national capacity in all 53 countries in the WHO European Region to prevent and control NCDs, promote an intersectoral approach and develop policies to tackle NCDs. The office has been setup as the innovation powerhouse for NCDs prevention and management in Europe and beyond.

During the previous 8 years before moving to Moscow João Breda was the Programme Manager: Nutrition, Physical Activity and Obesity at WHO Regional Office for Europe based in Copenhagen, responsible for providing support to Member States of the WHO European Region on the implementation of the European Food and Nutrition Action Plan 2015-2020 & the Physical Activity Strategy for the WHO European Region 2016-2025, as well as evaluating their implementation process.

João Breda is a PhD in Nutritional Sciences from Porto University where he defended a thesis focused on alcohol and young people. He has done his Master Degree in Public Health by the Faculty of Medical Sciences of Lisbon University and an MBA from the European University in Barcelona.

Before joining WHO in 2010, worked as a Public Health Specialist at the General Health Directorate of Portugal and other Institutions from the Ministry of Health at local and national level particularly in the fields of nutrition, physical activity, obesity and alcohol abuse. In these positions he closely liaised with WHO and the EU. In 2007, in collaboration with WHO, organized the first meeting of the WHO European Childhood Obesity Surveillance Initiative in Portugal. Nowadays, the Initiative is unique in the world and has expanded considerably. It involves more than 300,000 children and 36 Member States of the European Region.

He was the first coordinator and led for several years the National Platform against Obesity.  As an academic J. Breda chaired the Department of the Nutritional Sciences of Atlantic University (Lisbon). He also collaborated with Algarve University, Coimbra College of Agriculture and Coimbra Hospitality School. Among his several dozens of published scientific papers and original books emerges the number one best-selling book on infant nutrition in Portugal.

Scroll to top
We use cookies to ensure that we give you the best experience on our website. If you continue to use this site we will assume that you are happy with it.OkRead more